How To Treat Croup And The Science Behind It 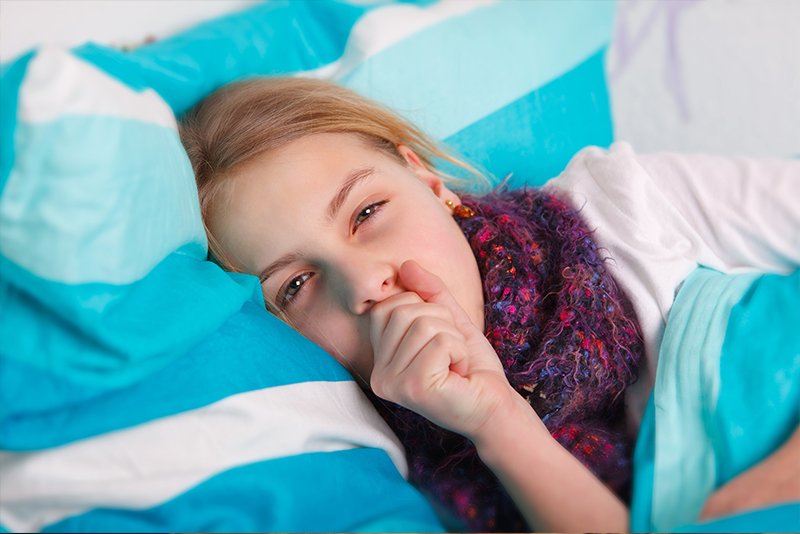 Knowing how to treat croup at home is not something most parents pre-plan for. Symptoms can resemble those of the common cold, before becoming a hoarse cough and breathing difficulties at night.

While usually only affecting 3% of children aged between six months and five, symptoms such as the sound of your child’s heavy bark-like cough or hoarse voice can be quite scary – for both you and your child.

Croup is considered to be a reaction to a viral infection, not a virus itself. In small children, it leads to swelling of the bronchi, larynx (voice box) and trachea (windpipe), making the airways narrower. In children affected by croup, it leads to them developing a harsh, barking cough, and they may make a high pitched noise when they inhale, which is referred to as stridor.

Younger children are particularly susceptible to croup, as their airways are smaller and softer than adults. The airways become swollen and partially blocked with mucus, causing breathing difficulties in the child (rather like trying to use a bent straw). As they grow, the strength and size of their windpipe increases, which is why croup is extremely rare in adults and teenagers. Some kids may get a bout of croup several times in their childhood, generally lasting between 2-5 days each time. How to treat croup will generally vary depending on your child’s medical history and age.

What Are The Symptoms Of Croup?

Croup will generally present itself with similar symptoms to that of the common cold, so your child may already have a runny nose, sore throat or fever. The onset of croup often happens at night, when the air is cooler. Key symptoms of croup include:

This can no doubt be scary for a small child, causing them to panic or be upset – and in turn, makes breathing even harder for them. It’s important for any parent or caregiver to provide a sense of safety, to try and minimise behaviours that will make your child’s symptoms worse.

How To Treat Croup At Home

Thankfully, most cases of croup are considered to be mild, and can be treated at home. As we mentioned earlier, it’s crucial to try and keep your child calm to avoid aggravating the symptoms.

To treat the fever that can accompany bouts of croup, medicine (when appropriate) like ibuprofen may make your child more comfortable. It’s also been found that moist air can help to clear your child’s airways, so to treat croup at home you might want to consider:

Like most illnesses, it’s also important to keep your child hydrated and well rested. Ultimately, croup symptoms are easier to manage if your child can avoid feeling distressed. Encourage them to sit up in bed with pillows as much as possible, to allow a clearer airway passage.

When To See A Doctor

While most kids generally recover quickly from a bout of croup, others are more susceptible to complications if they have asthma, were born prematurely, or have other medical conditions.

Call an ambulance at once if your child is:

Some children may also need to see a doctor if symptoms last longer than around four days. Medicines used to treat croup include oral or inhaled corticosteroid medicine, or even adrenaline in severe cases.

As croup is considered to be contagious, if you need to see a doctor or help on how to treat croup – it may be also worth considering the services of an online telehealth provider. Access to medical practitioners via 13 Doctor has never been easier, and are available for consults seven days a week.

« Cold or Flu – Do you know the differnce?
Covid-19 And Depression: Lockdown And Our Mental Health »